Why is Clash Of Clans so good? 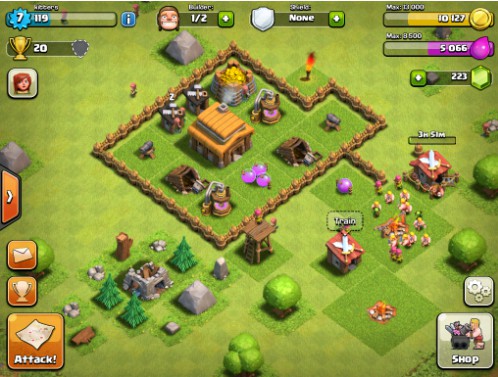 You can also join clans where there are actual people and you can your clan level up by doing clan wars with other clans, so its a very big community. But the game is a very patient needed game as you have to wait for certain upgrades or wait for setups for wars, its also a team needed game you need your team to make plans or help you with your raids in the war. so there is a choice to go against 10 people 15 people or 20, and depending how good your base is you will have to go against people that is about the same level as you and you have the choice to attack them or to attack lower level town hall bases ( which wont really be very nice for the lower level people as it will be impossible to make them win a raid) you will also have to win a certain amount of stars to win the war, so all the stars won in a team it will be all counted into a total number so for example a player in your clan wins 2 raids (you only have 2 attacks) and he wins 5 stars it will be counted as the teams stars, so your team will have to have more stars than the other team to win the war example 24 stars against 21 stars, and after the wars you will be rewarded handsomely depending of how you have done in the raids.

But I really do suggest the game to other "mobile gamers" as its a tactical game and is very enjoyable, so I would really give the game a SOLID 9/10.

It can be played by 10 year olds or older, the game is very patient needed which is the only part that I do not enjoy about the game because I am impatient, but if anyone that is very patient for games and is good at waiting for games I suggest you this game, it also includes organization and planning, as it needs well planned attacks and defence placement.

but apart from that the game enjoyed but many as you might've already seen other reviews about the game, the game is very addictive as well, and the best part of why its addictive is because the producers keep on updating the game so it wont be a game that will be forgotten easily, as you are reading this review right now the producers are working on something right now with the new update Clan Capital where you can your clan work together but lets not get to distracted.

Thanks for reading my review