“Like if Mad Max and Twisted Metal had a baby in a sandbox” (ShackNews) - In 2021 an unknown viral epidemic infected the planet, with countries and populations crashing simultaneously at an overwhelming rate across the globe. Twenty years have blown like dust since the ‘Crossout’. Humans still recall their lives before the disaster. As always, there are factions trying to restore the old world, while others revel in the liberal chaos and disorder. And there are those who are not 'human' any more. They hide their faces behind masks, and their motives are unknown....

Join the Open Beta of Crossout, the post-apocalyptic MMO Action scapper! It's no place for those who can't bear the smell of an oily rag. You'll need to craft your own special battle vehicles from heaps of interchangeable components and attempt to ruin or obliterate your enemies in fire-blazing PvP online battles! Input from players is pushing this title in every direction beyond its original design.

- Original vehicles, crafted by the players using a wide array of parts: From nimble buggies to heavily tracked off-road vehicles or combat platforms on antigrav fields.
- Total freedom of imagination and scrap-loads of possible combinations: Design vehicles of any form using dozens of parts, wide variety of protection and armaments as well as backup systems.
- Advanced damage model: Take out any part of an enemy machine and it will affect the vehicle's performance straight away.
- Huge arsenal of weapons: From chain saws, power-drills over machine guns to rocket launchers, flying drones and stealth generators.
- Your own workshop: Forge new, super-parts and auction them at the in-game marketplace.
- Trading options between players: Every piece of scrap gleaned in battle can be potentially sold to other players.
- Determine your own battle strategy: The only thing that matters is Survival through Victory!
Such battles you engage in will linger long in the memory of your fallen victims and the minds of other players!
Why not pull down your face-mask and pick up your dented tool-box.... it's time to enter the tour-de-force that is Crossout and see if you can emerge - still human! 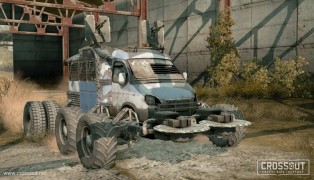 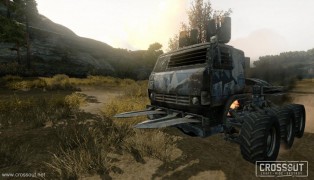 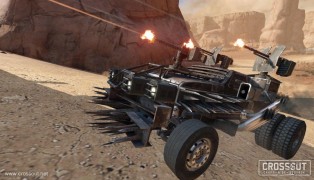 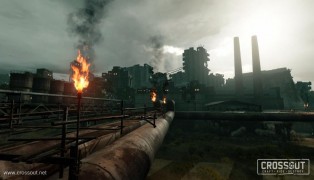 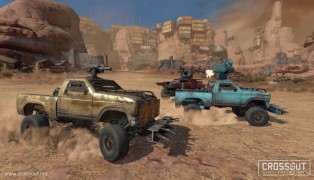 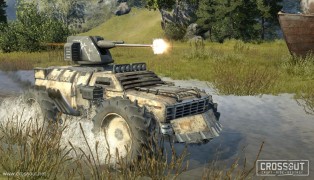 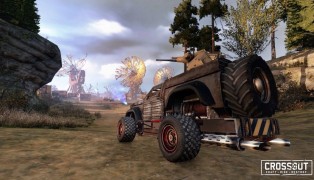 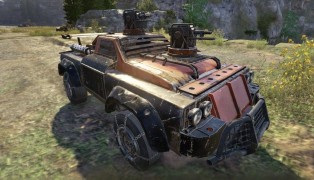 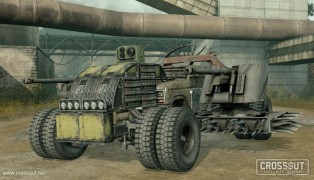 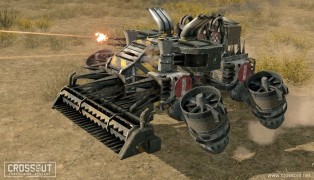