"Space, last frontier. Here are the journeys of the spaceship Enterprise during its five-year mission, directed at the exploration of new worlds, in search of other forms of life and civilization, until arriving where no man has gone before. "
Bring me up, Mr. Scott.
It was with these words that Gene Roddenberry presented us, back in 1966, a series that would become one of the most beloved and most prolific in the history of science fiction. His success was due to many factors, but among them we cannot fail to mention the strong romantic and heroic component, the fascination of space exploration and the route to the unknown, as well as social, ethical commitment and political that especially the classic series introduced in the genre of television series. It is therefore with the eye (and the heart) facing the stars that we are preparing to welcome the adventures proposed to us by Cryptic Studios through Star Trek Online on our screens, with the expectations that any fan of the saga certainly nurtures and the great desire for face the deep space aboard our starships. Star Trek Online is a MMORPG, where the player is required to choose between one of the three factions available, Starfleet, Klingon Empire or Romulan Empire. Furthermore, based on the faction chosen, we will also be able to choose the specific breed of our character (I didn't know that the Klingon Empire was so multicultural, lol) or, if we really don't find anything that comes close to our tastes, create one from scratch.

In terms of setting and content, STO is really vast. The console version has benefited from the immense background that has been created on the PC game in 6 long years of activity. So there are so many things to do and places to explore. Many times, we will also find ourselves face to face with some famous people, directly from the TV series. The universe in which we will move is placed, in the timeline, a few years after the break-up of the alliance between the Federation and the Klingon Empire and the beginning of a new (even not so much) Cold War between the two powers. In between, the Romulans prowl as usual. If I had to compare the atmosphere of STO to some series for what I have seen so far, I would be more inclined to Deep Space 9, much more tense and less utopian than The Next Generations. Here, gentlemen, they often make phasers and disrupters sing! This extreme attitude to combat, both on the surface and between spaceships, is one of the points against the game. Given the current situation, with the powers ready to slaughter each other, the looming Borg and a lot of other threats, more or less serious, the frequent recourse to weapons could also be justified, however, in my opinion, distorts the setting. 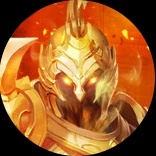 Star Trek Online manages to perform an unusual mixture of beautifully crafted components and moments of great emotion with peaks of technical frustration and absolutely chaotic gameplay. From the beginning it seems clear to us that the game of Cryptic Studios has been set to a level of difficulty such that it can easily be played in single player. On board spaceships extremely well done, fun and engaging. Combat on the ground is unfortunately not his only flaw, also showing great difficulty in proposing a team game that justifies its MMO component.

The atmosphere of the original series has been recreated in an excellent way and, in no uncertain terms, it is a title created almost directly for the fans.

STO has great potential and the fans of the series can't really do without getting around for the dials so dear to them, aboard their USS.
The title remains recommended, but I can say to all those people who have never watched an episode in Star Trek that, while remaining on good levels, this Star Trek Online will only be able to appreciate it up to a certain point.

It is a great game, of course not without defects, but certainly with a lot of charm. And by the way, it's free!