The greatest strength of Dota 2 is the sheer flexibility available to every player. A common refrain among Dota 2 players is "everything is situational," and this is true. Nothing is the right choice all of the time, and the game's collection of items are there in large part to respond to the decisions and strategies made by other players. Is the other team a magic-heavy lineup? Then someone should build a Pipe of Insight, and heroes with magic resistance skills might want to take those sooner rather than later. If the enemy team has a surplus of "catch" — meaning they can grab and hold you or your teammates in place, dealing damage or even killing you — then force staffs can change the course of a fight, and the trajectory to a game. It's not uncommon for someone to come up with a completely new solution to one of Dota 2's problems, and crack its meta-game wide open. 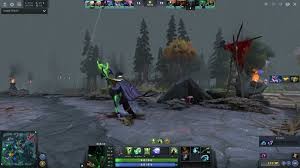 By playing this game you can get 100 Play
This variability is an element of the game that really only opens up as you play more and more, because there are so many items and interactions that it takes a lot of time and experience to begin to understand them.

Even long-term players can't claim mastery, because Valve routinely patches Dota 2 in various ways. Some changes are minor balance updates. Others add new heroes. Sometimes, new items are added, and, in the most dramatic changes the game sees, the very map itself shifts and evolves. The game is always changing, requiring an active level of engagement to keep up. Combined with the level of mastery and intricacy possible throughout Dota 2's systems, this makes for the most consistently and deeply rewarding game I've ever played. There are so many solutions to every problem, many of which aren't obvious, that success at a moment-to-moment level can often feel like a diabolical Rube Goldberg machine. 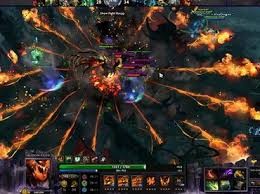 100 Play
And to win, sometimes after an almost certain defeat, feels like legitimate triumph. Dota 2 matches are comparatively long, by multiplayer game standards — the average match length fluctuates from patch to patch; it currently hovers between 25 to 35 minutes. This provides enough time for a series of phases, an early, mid and late game, and provides a narrative to each and every match. Dota 2 is a collection of parts around which to build and test strategies, and when those strategies work, it can feel like no other game exists.

Put more simply: The more you give to Dota 2, the more you put into it, the more it reveals, and the more depth becomes apparent. On the flip side, when Dota 2 is bad, it can be soul crushing. I've never played a game so capable of making me feel like shit, like so much of a failure, or that every decision I made was, ultimately, futile.
1200 0 Share
5.0 (1)