PlayerUnknown Battlegrounds(PUBG) has become one of the most popular games of 2017. Everyone wants to get this game even though it just finished early access. In order to be able to run this game, you will need a CPU Intel Core i 3-4340 / AMD F X-6300 or higher, 6 gigabytes of ram, Nvidia Ge Force G T X 660 2 GB / AMD Radeon H D 7850 2 GB graphics card or better, and 30 gigabytes of storage. Some lower end computers may not be able to run PlayerUnknown Battlegrounds even though they can run other games at a stable fps. In order for you to be relatively competitive, you will probably want at least 50 - 60 frames per second. You can make some graphic changes in the settings to increase your frames, how ever, you want the settings high quality enough to be able to spot players in the vast terrain. 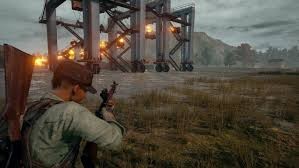 The concept is pretty simple in this game. Players get dropped out of a plane and land on different areas in the map. Players can pick up random weapons, ammunition, gear, and other items in cities or houses. As the time ticks and players kill each other, the area shrinks until there's just the white circle. Last player standing gets the chicken dinner. In this format, it is as much a strategy game as a skill game. Also, how good you are may also depend on the type of rig you have and how much your computer can handle. Noticing subtle things like an open door, or a car with the headlights on can give you clues in where a player has been or is. The sound is also very important in this game because of how hard it can be to spot players. You need to be able to use these cues to help your gameplay. 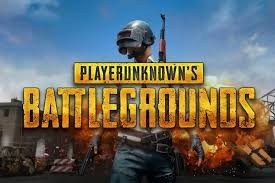 There is a squad mode, a duo mode, and a solo mode so this game can be very exciting if you play with some friends. As expected, if you land in a military base of a big city with lots of good loot, consequentially there will be more player conflict there too. Depending on if you are going for kills or wins, you may or may not want to take the risk. You can also pick up loot crates in the game to customize your character's clothes and overall appearance. This game costs thirty dollars which may be pricey for some consumers, however there is a free option called fortnite. For some players this may not be their cup of tea because it is way more cartoonish and less realistic, but it has the same concept, and it is free. Overall, PlayerUnknown Battlegrounds is an unfinished game with its flaws, however has a bright future and many possibilities for its players.
1456 0 Share
5.0 (1)