Roblox is a mass multiplayer online game that is extremely popular with kids around elementary to middle school age. I've played Roblox when I was younger and was obsessed. This is mostly because I would latch onto a few really games on the website and would basically be tethered to my computer playing the game with my friends. It was indeed very unhealthy for my vision and on academic levels. I would say Roblox is way more fun with friends since it is based on interaction with others. The online multiplayer and chatting part, I think Roblox has down pretty well because, you have a chat where you can make group parties as well as invite friends to join your game. Roblox has tons and tons of games on the site, but only a certain portion of those games are legit, fun, reliable games because of the ability for players to make their own games. 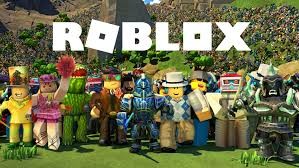 By playing this game you can get 100 Play
A huge benefit of Roblox is that is has a humongous variety of games to choose from. From pretend play games to shooter games to elimination games to building games. Many may compare roblox to Minecraft but Roblox is a completely different concept. Minecraft is mostly focused on their Minecraft universe while roblox is like a base site for users to create a whole spectrum of games. I'm not saying they are better than one another, I'm just saying they are not comparable. Something I don't like about Roblox (this isn't their fault) is the amount of just crap and nonsense on the chats because of the amount of 10 year olds playing it. A game I would recommend is Project Pokemon, its free and has so much to offer and explore. It's based on the original Pokemon game, but has better graphics and color. 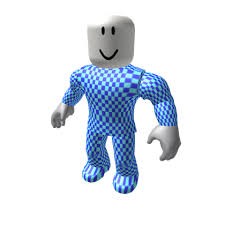 100 Play
I know the question we all have in mind is, is Roblox pay to win? Yes and no, yes, there are many great games only accessible with purchase by Robux, their in game currency. Also, a lot of free games have many in game purchases that are really powerful and unfair to those who cannot buy anything, especially like in shooter games. For example, Mad Paintball was one of my favorite games to play and a whopping half of the characters require robux to unlock. And all the paid characters are extremely strong and can leave you frustrated that you keep getting one shotted.

Roblox is also an amazing website that offers capable, complex, free games. With some exploring and experimenting, there are definitely alot of amazing free games. Survivor is a great free multiplayer game that has in game purchases but are not crucial to the game.
5473 0 Share
5.0 (1)