So iv'e been playing roblox for about 2 years at this point and so far it's a really good game. It allows players to create their own games and other people play them. I have not MADE games yet (trust me, it's not that easy for some), and requires practice. If you are a new player and do NOT know what to play, I have a few suggestions: 1. Jailbreak. Jailbreak is a game where there are prisoners and cops, and the prisoners try to break out while the cops stop them. If they do escape, they become criminals and can do things such as rob banks. Cops can also arrest criminals, which they then become prisoners again. Phantom Forces is a great FPS (first person shooter) There are many game modes such as Team death match, king of the hill, etc. There are also a variety of gun classes. Black magic by Qaeo is also good, but some classes require skill, and using some classes and killing everyone with those certain classes will likely result in everyone hating you, but still. By playing this game you can get 100 Play
There is currently 1 currency on the site, called ROBUX. You use robux for various things. 1 use is the CATALOG, where you can purchase clothing, hats, hair, body types, and animation packs (R15 ONLY). There are 2 body MODES, R6 and R15. R6 is the older avatar, and is made up of 6 parts (arms, legs, torso, head). R15, however, is made of 15 parts, allowing players to buy different animations for their character, as there are more parts to work with. (NOTE some games are ONLY R6, some only R15, some both) You can also buy gamepasses, which give perks in-game. Say somebody makes a game and has a gamepass called "50% more health". Buying it gives you 50% more health in that game. You can also spend it on uploading AUDIO to the roblox "library" (Where models, decals, audio, etc. are kept) (note that audio can't be longer than 7 mins) 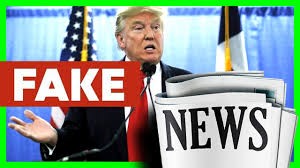 100 Play
Remember, some gamepasses or even clothing (only if it says "WORKS: IS INVISIBLE" or "GIVES YOU ALL ADMIN COMMANDS")Also, you can NOT get free robux or builders club (builders club, turbo builders club, or outrageous builders club is a subscription you buy that allows you to do things normal players cant such as join more groups, create groups, daily robux, etc.) If anything asks for your password, ITS FAKE. Also, if there are people on the game that say it's real, then those are fake. Also, no websites can give you free robux. You will also likely see bots that spam GET FREE ROBUX AT THIS SITE OMG IT WORKS!!!!!!! That's not true. They either steal your account info, or make you go through a survey which will infect your computer, and in my theory, give you a keylogger that will give them your info when you login next.
1396 0 Share
5.0 (1)