The MOBA game SuperNova features real-time strategy elements and is ideal for sci fi-loving gamers. It’s the work of Bandai Namco and Primal Game Studio. You can fight as human or aliens to protect the race of your choosing and the game features a unique upgrade system as well as a crafting mechanism that gives your commanders a significant edge. The game is also known for its intense visuals and allows you to manage a plethora of technologies in order to progress towards victory.

The durable boosts delivered to characters come from drops which are obtained during the game. Mechanoughts will also help you break your enemy’s defences. Balance management of land, air units and infantry and boost your units when needed. SuperNova features a range of humanoids, aliens and mechs, as well as creeps and minions controlled by artificial intelligence. The game was first released in 2015. Mech pilots, mercenaries and alien commanders can all boost your chances of being victorious.

In-game currency enables you to upgrade creeps and add new spawns. Tweak your creeps to outwit your opponents and customise commanders outside of the game with a vast series of enhancements. Stats and unlock passes can also be upgraded. The game has regularly been complimented for its distinct sci-fi setting and vast gameplay possibilities. It’s vital that you manage technologies, build order and upgrades effectively to enjoy an exhilarating victory rather than experiencing a demoralising defeat. Why not immerse yourself in the world of SuperNova today? 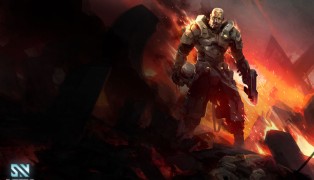 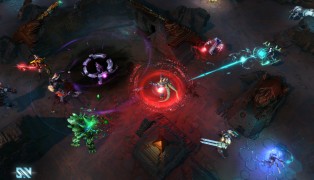