Welcome to this guide to one of the best 'comebacks' of an older arcade game-form to enter the digital age. I'm talking about the art of the Pinball table. Normally based on common themes - cowboys, superheroes, movie tie-ins etc. - pinball tables were also about money. You inserted a coin and played in the hope of getting a jackpot by keeping the ball going. They were restrained by physical limitations (although, check out this amazing TRON pinball table: https://www.youtube.com/watch?v=JCG-VwJzZmY)

Now they are digital works of art, paying the best kind homage to fantastic movies, themes, worlds, other games, ideas, even historical figures etc. Along has come mobile phones + tablets and what we see now is the huge return of pinball simply for fun, trophies and the delight of unlocking animations and getting to high scores. And it's still just as hard to 'break' a table!

Zen Studios (Zen Pinball 2) are one of the biggest names/apps so far focusing on a major attraction of pinball: the tie-in. And they are serving up rich, spectacular tables relevant to the themes explored within. A tap on the app leads to a quick, satisfying diversion on the train or to huge depths in unlocking and extracting deeper table secrets, to even totally 'conquering' a table. It quite often inspires me to watching the movie again on which a table is based, such as Spielberg's 'Jaws'. There are new tables out on other games like Skyrim, that connect brilliantly with this game and its key elements, for fans.

This is the rise of a simple physical concept now turned into a really deep, digital one. You can just dive in and start experiencing the different layouts and graphical wonders that re-ignite great scenes from movies to gain new appreciation and insights about them.

Multiplayer is mostly 'Hotseat' to allow you to simply pass your device to a friend until they've lost their ball, so you can go head-to-head and see how far into a table you can get. Newer versions including PS4's ZenPinball FX3 have more challenges and score-based tournaments.

A lot of Zen tables are good, vary in difficulty and make the most of their subjects. Some are excellent. However, watch out you don't begin with a bad one: it could put you off.

Supposedly, 'Sorcerer's Lair' is one of the recommended beginner tables (as it's free) from Zen. But... look out! Your addiction may begin here. Your next table could be Star Wars: Empire Strikes Back.... or the one below... 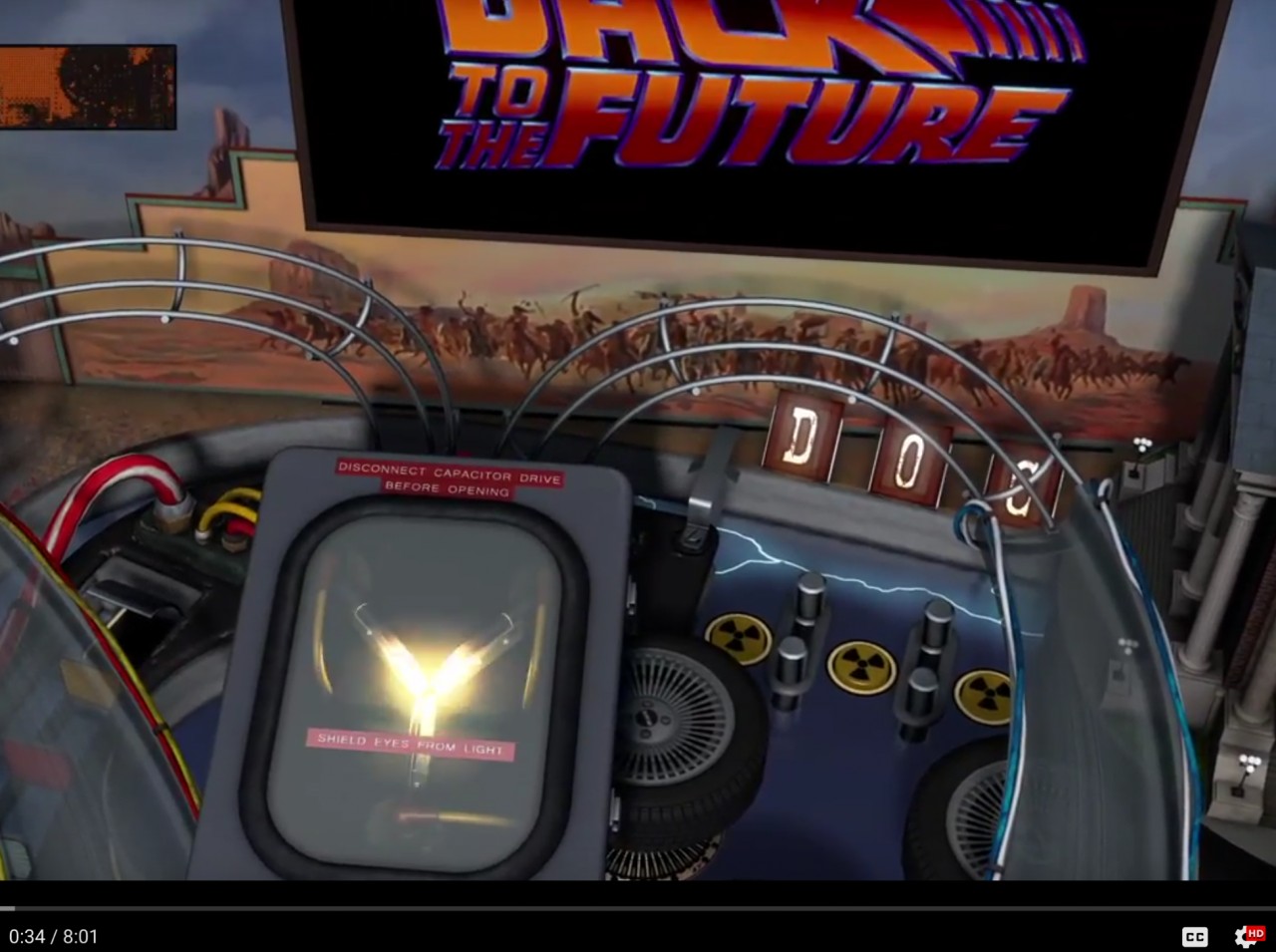 Tips to Get Better at Pinball:
- It's all in the flipper. Timing is everything.
- Learn to keep an eye on the Info (dot-screen) at the top, and also an eye on the lanes where you need to aim the ball (usually highlighted).
- Try and balance the ball on one flipper in order to take a pause and aim better.
- Read the Table Guides.
- Some of the tables will ask you to 'Select a Scene' from a movie. Use a flipper to select a scene.
- You can also 'nudge' the table to prevent the ball from falling down: by swiping up your screen (or left or right). Be careful, however, as too many times will cause a Tilt lock.
- Keep camera on overhead or top-down view, so you can see everything. (i do)
- Keep calm and carry on!

Best Tables I'm Playing Right Now:
'Back to the Future' table. A great tribute to a classic movie just perfect for a Pinball Table. Quite a large gap between the flippers though, but once 1955 multi-balls are rolling, the points will stack up! The character Biff just keeps getting in the way!

Also essential: 'Star Wars Empire Strikes Back' and 'Aliens' (pretty scary).
Latest tables recently out? : Jaws, E.T and Back to the Future. There are tons of Marvel tables

My tip: avoid the 'movie packs' like Alien Pinball etc, and just download the Zen Pinball 2 app. That way you can purchase the packs all under one roof, and import them easier in future.

See more on Youtube: Back to the Future table in action (PS4 Zen Pinball version). Paste this:
https://www.youtube.com/watch?v=y2vksKkdQ5s&index=7&list=PLIzT77Ax-2qr1cLwqqGy1ZRKkFpczZ6U9
(and please subscribe to my Game Moments Channel. Only the best games I play do I share.) Hope this guide helps you to discover (or re-discover) the delights of pinballing for yourself. It's an art form. Just check out the loving attention to 80's detail above. Who knows? Maybe they'll be some Pinball Wizards (also a famous rock song by The Who) out there, who will design some classic tables one day. Stay tuned to the rise of Pinball, and its continuing popularity and evolution. Maybe we'll get to feature a game here on Bananatic too...

So, for any kids getting their first smartphone, or app-ready chromebook, or apple tablet, make sure you've got Zen Pinball 2 installed, at least with a Star Wars table for a basic fee. Get cracking... and building your scores and comparing with friends.

The Pinball game format will continue to evolve, and we're even seeing pinball games (in app store) which well harness its power yet do something new, like making it level-based, (a really addictive idea).

The new Zen Studios game on PS4 for pinball is called Zen Pinball FX3, and includes a whole load of multiplayer time-based or score-based challenges and comparisons. You can nudge the tables much easier here with a controller than swiping on a device (but then you don't really want to have to nudge!).

Seeing a table in all its glory on a big tablet screen, based on a cult movie like Aliens, is essential as a relaxing diversion or an intense tribute to an awesome film franchise. What tables have you played? What tables would you design, if you had the chance? For me, it would be awesome to see a Zen Pinball Ghostbusters (original) table one day. Or... Indiana Jones? Comment if you agree! Got any other tips?

see also my 2 Hours of free GAMING (and pinball-playing!) MUSIC on Youtube, from funk tunes to soundtrack: