Do you adore fantasy artwork of characters with diverse attributes of light and darkness? Welcome to a quick-paced, deck-building collectable card game like no other. There'll be enough to peak your interest in this highly respected genre of gaming and feed your imagination for hours with its bewitching magic. For it's not simply about revelling in the beautiful illustrations and enigmatic characters to collect...
BUILD DECKS TO FIGHT AUTO-BATTLES: By entering Aea you will discover a mixed blend of occult magic, WWII technology and mischievous villains. Your only hope of success rests in building brilliant decks, finding mighty allies and garnering enough power to vanquish the forces of evil.
MASTER THE HIGH ART OF DECK-BUILDING: Create your own unique decks to meet a variety of challenges. Evolve and fuse your collectable cards to maximise their abilities. Invent artful strategies and pitch your deck into battle, then sit back and enjoy the action!
BEAT YOUR ENEMIES IN SHORT CARD BATTLES: Engage in auto-battles lasting less than 30 seconds. Use a stunning parade of gorgeous, hand painted cards with a vast range of special abilities. Call upon the military finesse of Vril Rocketeer; unleash the dark magic of Sisters of Connacht; wield the metaphysical powers of Star Spawn; and many more.
BEAT REAL PLAYERS IN INSTANT BATTLES: No waiting, no queuing, no fuss in this trading card game. In PvP mode, you'll immediately find another deck to pit your own against.
EXPLORE THE SINGLE PLAYER RPG MAP: The alternate dimension of Aea is a huge world of scorching deserts, icy plains, and Nazi lairs. Adventure into this strange RPG in PvE and capture strongholds to extend your power and reap resources. Complete side quests, invent new strategies, or take on malevolent boss decks. CAPTURE-THE-FLAG: Players fight against each other to conquer a PvP Stronghold and to cling on to it. The winners reap mega-rewards and great fame in the community... until another player tears the Stronghold from his clutches. There'll be enough to keep you busy and enthralled if you delve into the world of collectable card games today! 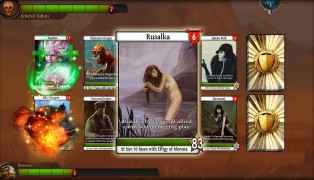 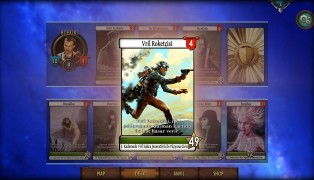 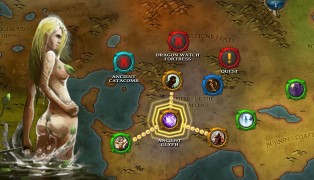 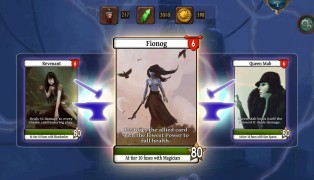 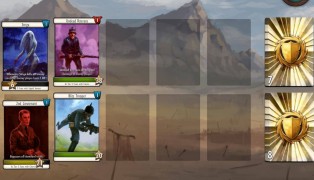 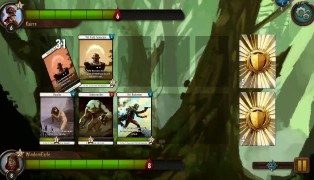 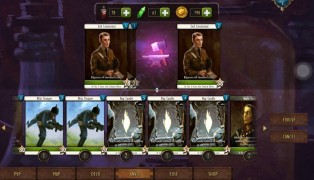 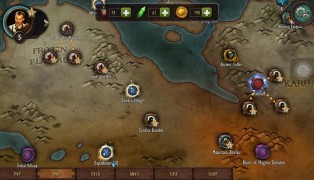 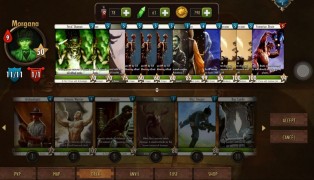