My experience and love for DOTA 2

I believe that this game has very much to offer no matter what level of play you're at or how much you play it. It improves your communication and skills having to do with teamwork. In my time playing this game, I'd have to say that I improved every game. I grew as a person and as a teammate through this game. Not only is every game you play unique, but it feels like a different game every time you play it. I remember first starting out on the game not knowing where the secret shop was thinking it was hidden on the map when it had a set location. There are so many positive experiences I've had on this game that factor into this review. I've met so many unique people on this game that have all different kinds of personalities and playstyles which can lead to some really fun games. There's also the aspect of gameplay that I'll discuss. 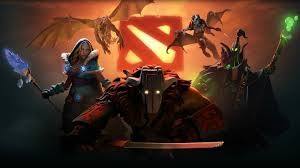 By playing this game you can get 100 Play
The gameplay in DOTA 2 is fluid and filled with almost infinite interactions between abilities. Heroes synergize with each other. Teammates bring together different playstyles to make a top tier team. The game initially begins with the sound of a horn followed by everyone going into a lane and playing a certain role and conforming to a certain archetype. This remains the same in most if not every game you play, but there is so much variability in what five different people playing five different heroes can accomplish. You can take Alliance's playstyle in the third international championship. They brought together heroes that worked well together along with having playstyles that suited one another. There's also a thing about the gameplay that makes every decision you ever make in the game count. If you misclick in one spot, that may lead to your demise. 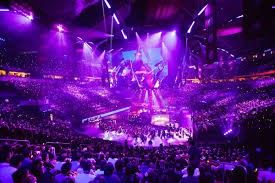 100 Play
There are so many ways to play the game and so many different ways to win/have fun in the game. Whatever your playstyle and whatever you like to do in games, there's a position open for you. My experiences with this game have been overwhelmingly positive for the most part and I wish everyone who plays this game the best. I've had wins and losses, but either type I always make the best of and make sure to have fun. I leave you on a note that this game has served as a very good place to improve upon my teamwork skills and make numerous friends with which I retain outside of the game. I hope that you found this review insightful into this game and what the average player of this game may or may not be thinking. I do hope that you'll check out the game and try it and find it delightful, but until then, we'll see.
862 0 Share
4.0 (1)