The buy-to-play co-op top-down shooter and action PRG Livelock is the work of Perfect World Entertainment and Tuque Games. A highly-destructive gamma ray has burst open and destroyed humanity, which had previously been part of artificial intelligence programme named SATCOM and had its consciousness uploaded. The backups were called Capital Intellects, and three backups and have been transferred into vast machines to bring an end to a war between corrupted human intellects in the post-human world. Your task is to call a close to the infinite cycle of war.

Livelock offers a number of features, and offers high-paced action, various dynamic abilities and formidable firepower. All Nodes of enemies have their own unique challenges. It’s vital that you make quick high-quality decisions and react swiftly to combat the enemies that await you. There are three different classes that have unique personalities and arsenals. The game was co-created with Daniel H. Wilson, the author or Robopocalypse. The groups of machines at war are known as Rogue Clusters. You’ll control the Capital Intellect robots to save the world from further destruction. You’ll be required to work closely with your team to complete objectives and overcome the toughest obstacles.

There are three different robots to control; Hex, Catalyst and Vanguard. No matter what your playing style is, you shouldn’t find it difficult to find a role that meets your needs. You can take on the Rogue Clusters with autocannons, lasers, missiles and more. Why not put your skills to the test and leap into the world of Livelock today? 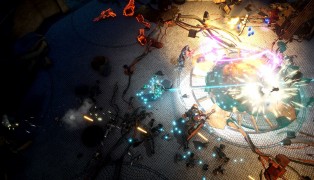 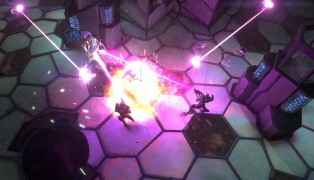