Forge of Gods is a multiplayer role-playing game that features cards and strategy. It was released in 2016 by developer Panoramik Inc to mostly positive reviews. Players must collect and train a vast army of monsters in order to create a powerful team capable of destroying hordes of enemies. This is a fast-paced and exciting game that has many different elements to perfect. The world of Pangea is under threat, and it relies on you to save it.

The aim of Forge of Gods is to kill as many enemies as you can. Doing so will mean you can capture souls and evolve them into powerful beasts, warriors, and dragons, all of which will fight for your cause. You must forge an army of Gods to take back the ravaged lands before you.

You will get to play with a unique and tactical battle system that will test your wits and skills to their limits. You’ll also encounter over 1000 different creatures, each with their own special and unique skills. To master Forge of Gods, you must learn how these creatures play and the strategies they’re best suited to. To make the most fearsome of beasts, you’ll have to mix different monsters together to try and breed legendary warriors.

Forge of Gods features over 100 different locations, each with its own specific art style and setting. As you explore the world, you’ll unlock new areas to fight through. The game features both PVE and PVP elements, meaning you can take part in epic duels with other players. There are also rankings and tournaments to keep you entertained.

If you’re a social gamer, you can form a guild and take part in GVG battles for the ultimate rewards. If you’re more of a solo player, you can undertake epic quests and unlock achievements. The game also allows you to create your own unique castle to act as a base of operations.
Forge of Gods is an exciting and addictive game that will please fans of the genre and newcomers alike. 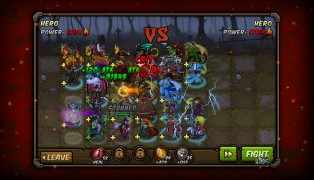 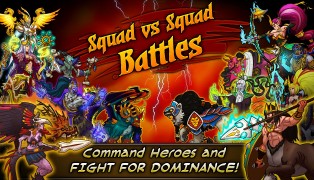