Wild Terra is a hardcore action MMORPG set in a sandbox world that you can control. The game is set in a medieval world where you have to survive in a forest. Build a shelter, develop your crafting skills, tame animals and fight for treasures! This isn't a typical MMORPG, you will have to understand real life production stages of manufacturing leather, steel, and other materials. You can build anything, anywhere!

When starting the game, there is an extensive tutorial which teaches you about health, stamina, the toolbar, and crafting. So if you have never played a survival game before no worries! You will be able to pick up this game and start playing. The game is heavily reliant on crafting. The tutorial goes in depth showing you all the items you are able to craft such as, weapons, armor, weaving, pottery and so much more! You will also learn about all the different structures you are able to make such as fences, houses, and siege weapons.

The game offers more than 100 different buildings to build varying from medieval castles, mills, and other industrial buildings. It also contains an extended culinary system with a variety of foods. You can even ride on big animals! Create farms, huts, cities, road systems, and more! You are unlimited in what you can create! Explore and create the world around you.

Wild Terra is a 2D top down game. Some of the key features of the game is the simple crafting system which is easy to understand. It also has low system requirements so if you have a low end laptop or computer you will still be able to play the game which is great! Don’t need anything fancy here to play! The game world is very large and the game supports eight languages.

Wild Terra has a beautiful, luscious world filled with paint-like artwork that appears somewhat realistic. There are various types of environments such as forests, cities, mines, and more. You can travel to wherever you like and build whatever you want. Everything in game is created by you, the game doesn’t have NPCs or prebuilt buildings. You have to create everything yourself with the environment around you. As you learn how to craft items your skills grow allowing you to create higher quality items. You can also sell the items you create or buy items other players have created. Are you a treasure hunter? You can look for treasure in mines or hunt for them.

You encounter various animals such as bears, hogs, wolves, horses, and foxes. You can ride them, attack them for resources, or have them as a pet. Test your skills by playing in Wild Terra Online in exhilarating fights. Strategize against enemies and take advantage of the skills you have built to defeat your enemies. Although your survival skills will be helpful, knowledge of the advantages and disadvantages of tools and the environment are key to winning. Wild Terra was developed and published by Juvty Worlds Ltd. in December 2017. 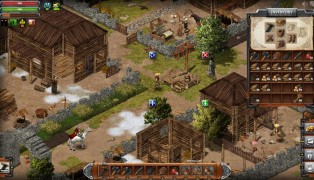 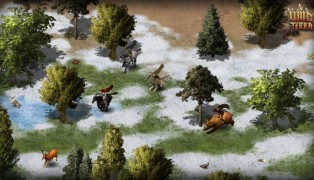 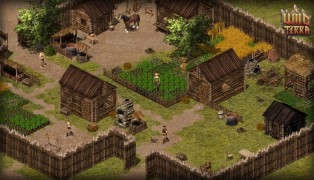 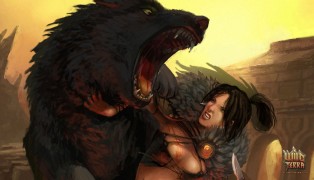 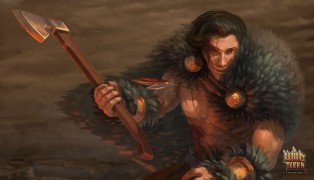 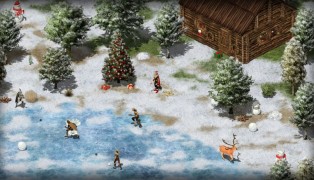 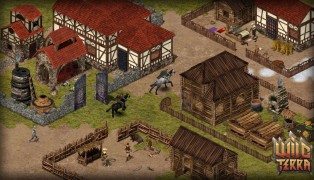 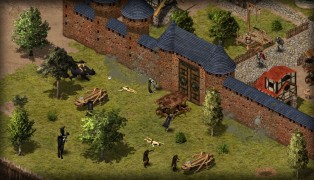 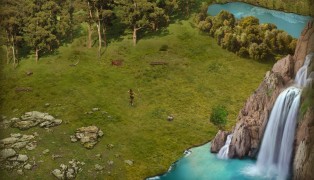 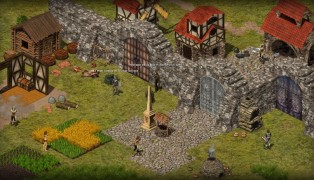